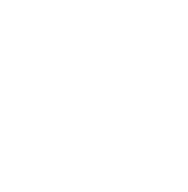 Amicus Asset Finance has been announced as the winner of the 2021 SME Funding Awards in the SME Asset Lender category. Reflecting on the win, Robert Keep, Managing Director of Amicus Asset Finance, commented: “2020 was an incredibly challenging year for virtually all SMEs and most particularly those that trade off of freedom of movement. The independent finance sector was not immune to the difficulties faced by their customers, and as an industry we had to very quickly come up with new and in many respects untested solutions. To have won this award among such distinguished company is a great honour and a reflection on the incredible work of our team at the most difficult of times”.

MPs will grill ministers later in the year on what measures they are taking to protect British firms from private equity takeovers. Darren Jones, chairman of the business, energy and industrial strategy committee, said on Wednesday: “There have been too many examples of private equity owners buying important British businesses only to load them with debt, withdraw value and then leave workers, customers and high streets worse off when they walk away at the point of failure. Government reforms to audit, corporate governance and director responsibilities should give sufficient powers to the new regulator to take action in the future.” Concerns over PE takeovers of UK companies come as Morgan Stanley reveals its interest in waste management company Augean and New York-based Siris Capital has announced the takeover of payments firm Equiniti. Dealogic data show 831 UK target takeovers across all categories so far this year with a total value of £96bn - up 16% by deal count and more than 40% by value from the same point in 2020.

According to freelance platform Fiverr, UK SMEs on average have lost just under £192,000 in revenue in the last 12 months – while just over one in 10 lost half a million pounds or more. With an average revenue loss of £328,813, the study revealed that companies based in Greater London swallowed around £100,000 more losses than businesses elsewhere in the UK. The figures indicate firms in the Architecture, Engineering and Building industry suffered the most during the pandemic, followed by manufacturing, utilities and finance.

City AM
PENSIONS 'Ambitious' dashboards integration to take until 2025

The timetable for pension schemes to be ready to feed into the pension dashboard has been published in a call for input from the Pensions Dashboard Programme. Master trusts and pension providers regulated by the Financial Conduct Authority will be the first schemes to provide data for the pension dashboards in 2023. However, full integration could last years. Staging will be divided in three waves: first, the largest schemes with more than 1,000 members will be required to provide data to the dashboards. The second wave will include medium schemes, with 100 to 999 members, followed by the small and micro schemes, with 99 or less members.